TEMPORARY building experts Spaciotempo are playing a key role in work to ensure goods imported into the EU makes the grade.

The company has installed a high-tech structure at the Port of Felixstowe – the biggest and busiest container port in Britain. 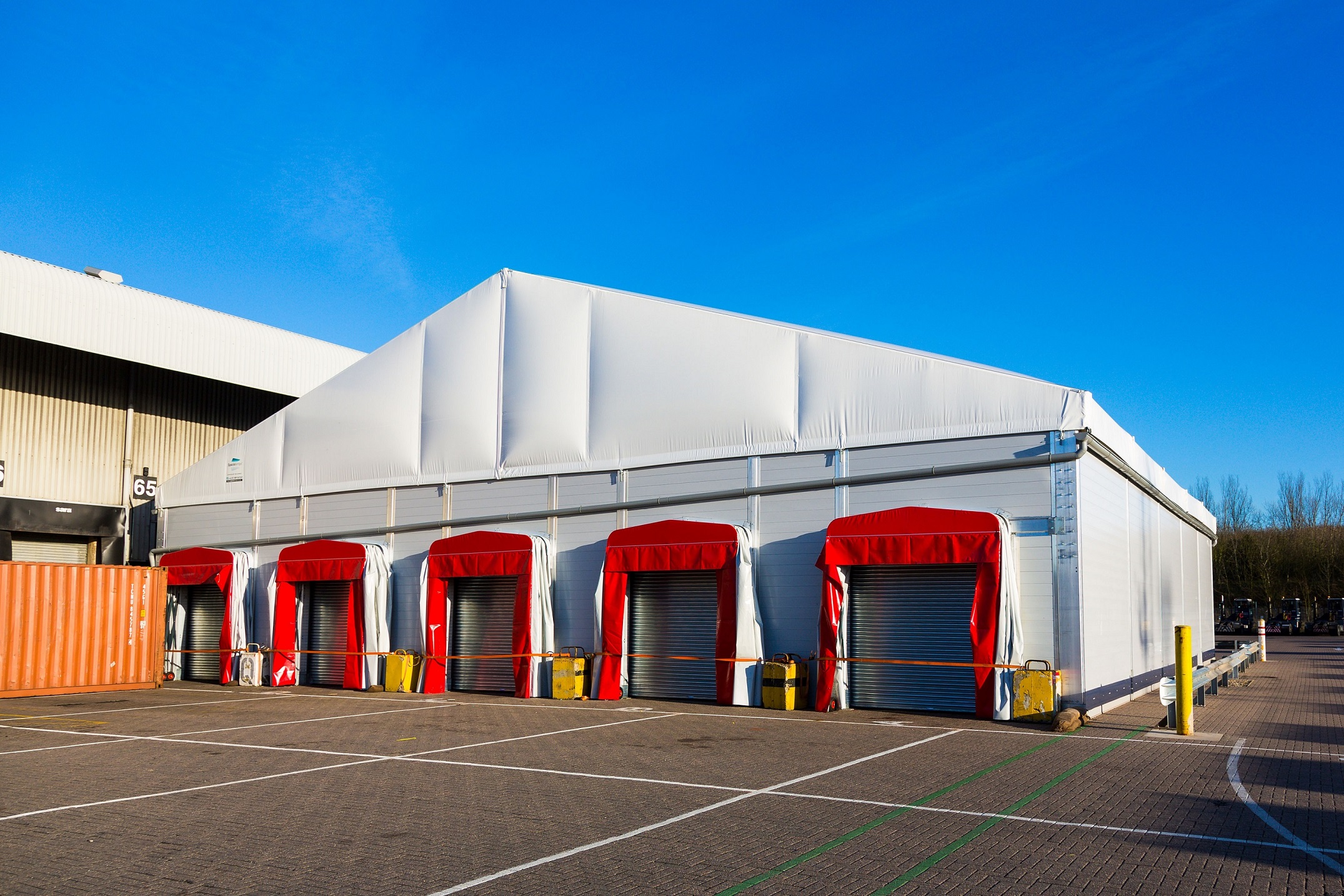 And it’s being used to make sure imported goods from all over the world meets strict standards laid down by the European Commission.

The 25m x 25m building, which is 5m high, is helping to cope with demand following the introduction of a new food safety programme at the port, which now deals with around 60 per cent of all goods imported to the UK.

It will remain on site until work to create a permanent facility which can handle greater volumes of incoming traffic is completed in July, 2015.

The structure, erected in double-quick time, features a special uPVC cavity wall system, a double-skinned thermo-insulated roof and roller-shutter doors. It is acting as a holding area which is connected to the main warehouse by a weatherproof link.

Spaciotempo have also provided five weather-protected, retractable tunnels to create a protective environment for goods being moved to the building from some of the 4.0 million containers arriving at the port each year.

Scott Jameson, managing director, said: “We were asked to provide a specific type of temporary building for the Port of Felixstowe, so we came up with a detailed, bespoke solution that’s ideal for their needs.

“It’s an aluminium structure that didn’t require groundworks, so we were able to install both the main building and the tunnels that lead into it very quickly.

“They’ll stay in place until July as the port is currently modifying its current facilities to handle higher volume.”

Spaciotempo, based in Staffordshire, are market leaders in the design, manufacture and installation of temporary structures which provide a flexible solution for companies to expand and manage variances in their business with minimal disruption.

The company has more than 40 years’ experience of providing ‘space on demand’ for the commercial and industrial sectors, working in environments such as warehousing and storage, production, logistics and transport, retail and chilled and ambient storage.