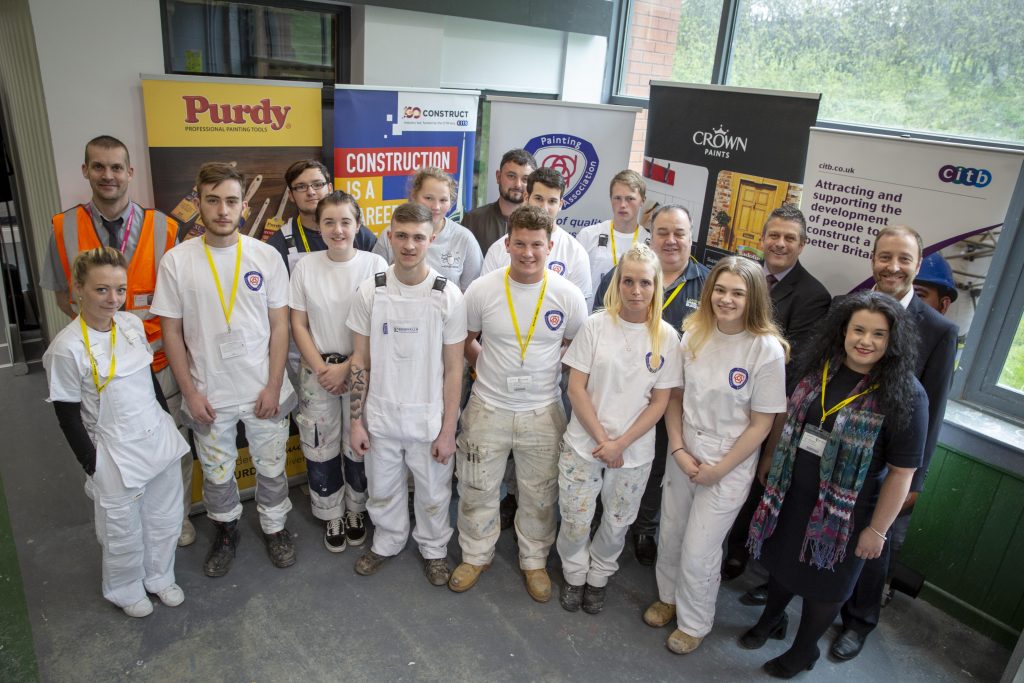 A RECORD NUMBER of apprentices from across the country are brushing up on their skills ahead of a national painting and decorating contest.

The Apprentice/Trainee of the Year competition, organised by the Painting and Decorating Association (PDA), puts apprentices through their paces battling it out to be named the best in the country.

Andrew Davis, of the Association of Painting Craft Teachers, will be judging the competition along with the Chief Executive of the PDA, Neil Ogilvie.

Neil said: “This is a complicated contest, one where students go head-to-head, testing their nerves, precision and skill.

“They have to be able to perform under pressure and it can be quite daunting, but I think it is a great opportunity for students to experience a real-life environment.

“Apprentices get to grips with the demands of the job, including the importance of time management and working alongside others, as well as seeing people assess the quality of their work.”

Neil added: “On behalf of the PDA I would like to thank this year’s sponsors, AkzoNobel, CITB and Purdy.

“Without their continued support we wouldn’t be able to help and encourage the industry’s next generation.”

For more information about the Apprentice/Trainee of the Year competition, visit www.paintingdecoratingassociation.co.uk/about/apprentices