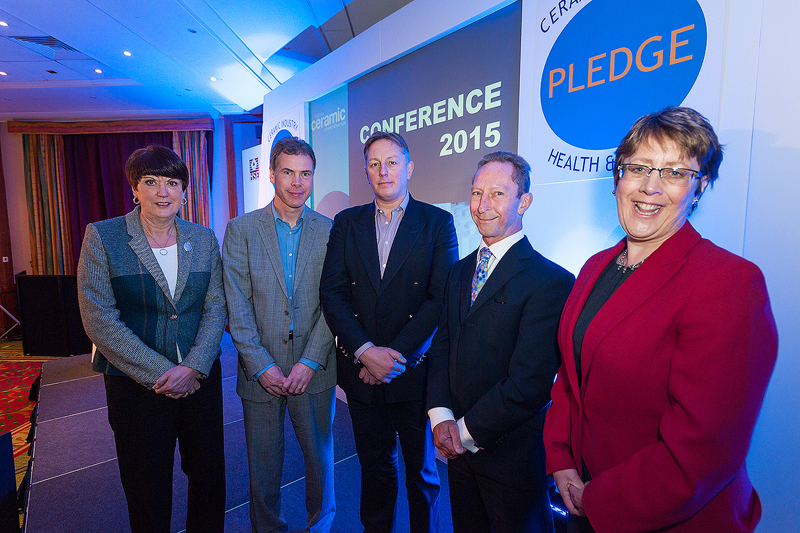 The chair of the Health and Safety Executive (HSE) has heralded a pioneering initiative, which has seen the ceramics industry reduce the number of injuries by 75 per cent in 15 years.

Organised by the British Ceramic Confederation, The Health and Safety Pledge is a three-way collaboration between the industry, the HSE and trade unions.

It was launched as a direct response to the then Government’s challenge in the late 1980s to the ceramics industry as a whole to ‘revitalise’ its health and safety performance.

Ms Hackitt made the comments in a keynote address to the Health and Safety Pledge conference – where companies and organisations involved in the programme join forces annually to share best practice and keep the momentum going year-on-year.

Ms Hackitt said: “Since the start of the Ceramic Industry Health and Safety Pledge 15 years ago there has been a 75 per cent reduction in injuries.

“This is a first-class initiative, which is in place across the whole sector and not just in individual companies.”

At the conference, which was held at the Moat House Hotel in Stoke-on-Trent, examples of outstanding practice, which all contribute to the Pledge’s success, were celebrated with the presentation of a series of awards.

She in turn presented Francis Morrall, retiring Deputy Chief Executive of the British Ceramic Confederation, with the Josiah Wedgwood Award for his pioneering work in health and safety.

Mr Morrall, who joined the British Ceramic Confederation in the 1980s, received a standing ovation from the audience.

In the course of his career, Mr Morrall has been instrumental in forging links with the trade unions and the HSE to create a safer industry and instigated The Ceramic Industry Health and Safety Pledge.

Mr Morrall said: “Each year the Pledge conference goes from strength to strength.

“It’s a time to share ideas and remind ourselves of the great responsibility we have as employers to keep people safe and secure.”